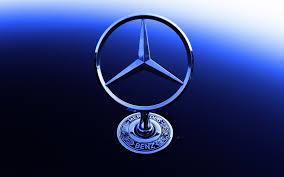 Lewis Hamilton has expressed his opposition to the idea of his Mercedes team supplying Red Bull with engines in the future.

Lewis Hamilton says Mercedes has no need to supply engines to Red Bull in the future and cannot do so if it is serious about continuing to win world championships. Red Bull have a contract with Renault, with whom they won four consecutive drivers' and constructors' title doubles from 2010-13, until the end of 2016 but want to use Mercedes engines from next year. But Renault has been left behind by Mercedes and Ferrari since the introduction of complex turbo hybrid engines into F1 in 2014.

While the thought of a Red Bull-Mercedes is mouth-watering for those looking for someone to step up and offer credible opposition to the Brackley squad, the same prospect is clearly not so appetising for Hamilton, who told Sky Sports that he didn't think it a good idea for the Three Pointed Star to get into bed with its biggest rival.

"I think if we're serious about winning world championships, it's probably not a good idea," the reigning world champion conceded, "Red Bull is a great team and it's like giving Ferrari our engine. We're here to win, so we don't really need it. There's no financial benefit really in it, so I think we're good where we are."

The alternative is that Red Bull tries to access Ferrari power or leaves the sport altogether, a threat already issued by several amongst the company's hierarchy disenchanted with bumping along in the lower reaches of the top ten. With the very future of F1 on the line, and with the sport's big guns being accused of self-interest above all else, it may be a bullet that Hamilton has to bite.