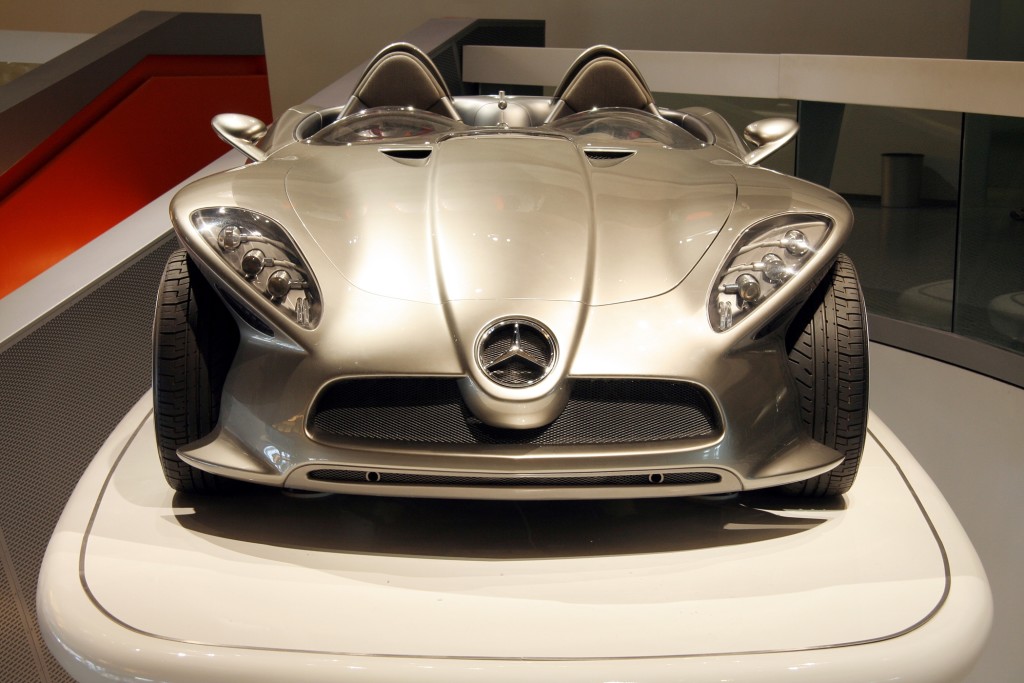 The Mercedes F 400 Carving is a striking new generation car with an uncompromisingly pure-bred speedster design.

The Mercedes F 400 Carving is a striking new generation car with an uncompromisingly pure-bred speedster design, featuring an extremely flat, elongated bonnet, a short tail and a weatherproof made-to-measure interior for two passengers. As with the F 300, control systems to enhance driving dynamics were the key focus.

The most important of these systems was the Active Tyre Tilt Control (ATTC) system, which adjusted the camber angle of both the front and rear wheels when cornering or during hard braking. This system allowed the outer wheels on bends to tilt sideways to a maximum angle of an astonishing 20 degrees. A revolutionary design of tyres was required, with asymmetric tread pattern to ensure that, rather than running on their inside edge, they ran on a section of particularly high-friction tread rubber which was specifically designed for cornering.

The wheels on the inside of the bend, as well as the body of the vehicle, remained in their normal position. As a result, depending on the speed and the radius of the curve, the F 400 set new standards for directional stability, driving safety, speed and dynamism. Other notable features included an electronic steer-by-wire system, and electronic shift-by-wire system, controlled using buttons on the steering wheel.