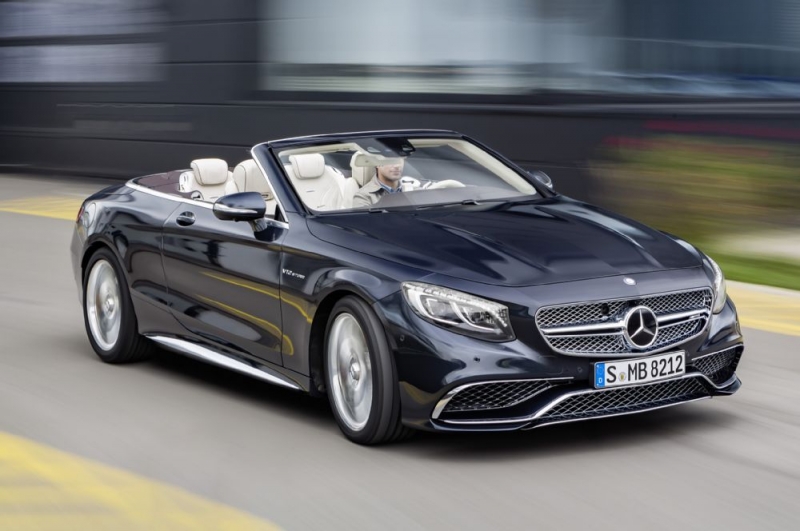 With a twin-turbo 6.0-liter V-12 and seven-speed automatic transmission at its heart, the S65 Cabriolet packs 621 hp and 737 lb-ft of torque, enough to rocket the car to 62 mph in just 4.1 seconds. Other performance parts for the S65 include a lithium-ion battery that saves more than 44 lb compared to the standard batteries, a sport-tuned Airmatic suspension, 20-inch AMG wheels, and optional carbon-ceramic brakes. As on the S65 coupe, the 2017 Mercedes-AMG S65 Cabriolet wears beefed-up bodywork with a deeper front fascia featuring enlarged air intakes and a new rear bumper with quad exhaust tips. Inside, it includes includes Nappa leather seats, a Nappa leather lining for the headliner, a 360-degree camera system, self-parking, and a Burmester 3D surround-sound system. Pricing for the 2017 Mercedes-AMG S65 Cabriolet hasn't been announced, but expect a rich sum once the car launches in spring 2016.