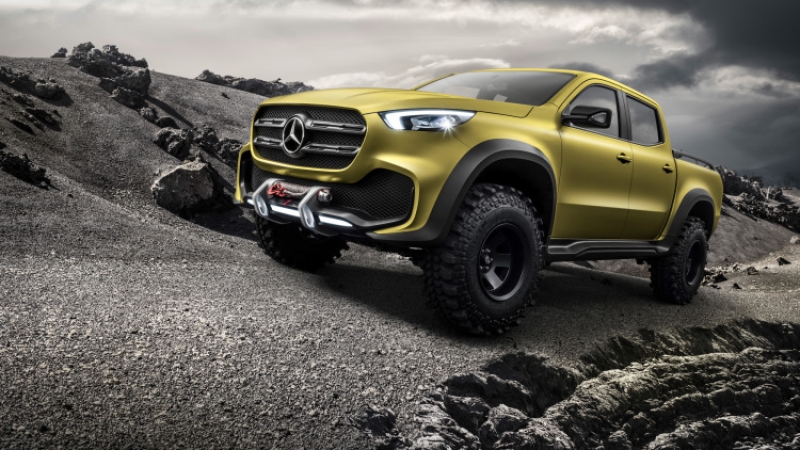 The new midsize pickup that will actually be sold under the Mercedes-Benz Vans division when it goes into production.

If you like pickup trucks, you will be glad to find out that Mercedes-Benz has previewed the name and appearance of its upcoming mid-sized pick-up. On a stage at the Artipelag art museum in Stockholm, Sweden, the Concept X-Class arrived in two forms: a pearly white “stylish explorer” and a pea-green “powerful adventurer”. Daimler CEO Dieter Zetsche said that the Mercedes-Benz pickup will help the company to close one of the last gaps in their portfolio. 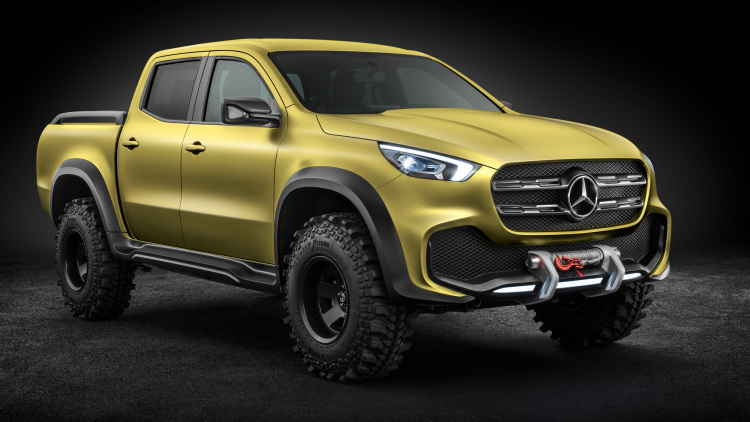 The new midsize pickup that will actually be sold under the Mercedes-Benz Vans division when it goes into production. The styling mixes traditional truck boxiness with some elements borrowed from Mercedes’ SUVs. On the inside, design elements like round air vents and infotainment screens propped up atop the center stack tie both versions of the X-Class to Mercedes’ current cars and SUVs. The designs hint that the X-Class will be more of a luxury vehicle than a spartan workhorse. Mercedes promises connected services that will allow owners to track their vehicles’ locations and import navigation destinations from phones, among other features. The production X-Class will also feature modern driver assistance systems based on cameras’ radar, and ultrasound sensors. 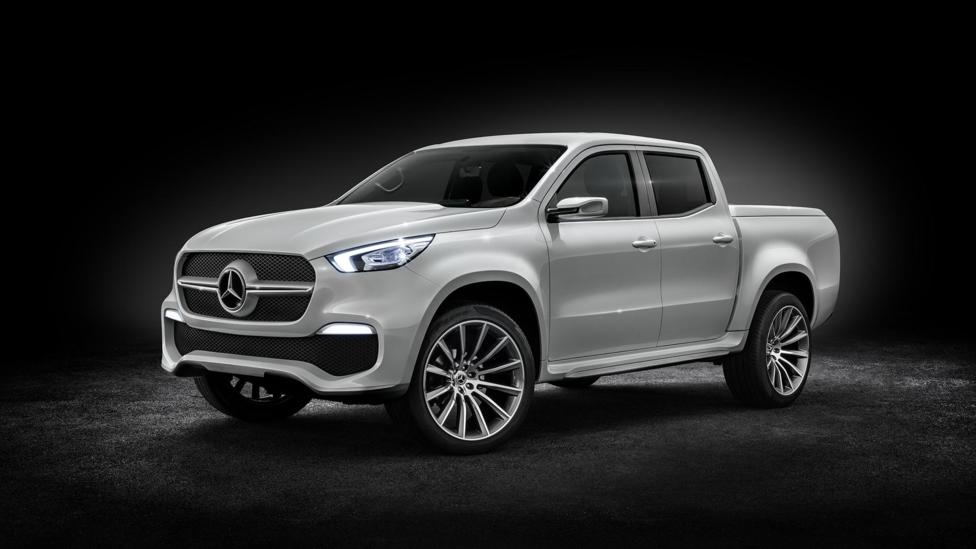 The X-Class features old school body-on-frame construction, with a version of the 4Matic all-wheel drive system used in other Mercedes models. Mercedes was light on technical details, only saying that the top-of-the-line version will have a V6 diesel engine. The X-Class was developed with help from the Renault-Nissan Alliance, and will be built at Renault and Nissan plants. The X-Class will launch late next year in Europe, Australia, and South Africa, and a South American launch will follow sometime after that. A Mercedes statement noted that “while a pickup is under consideration for the U.S. market at some point, no timeline is available for a decision to be made.”